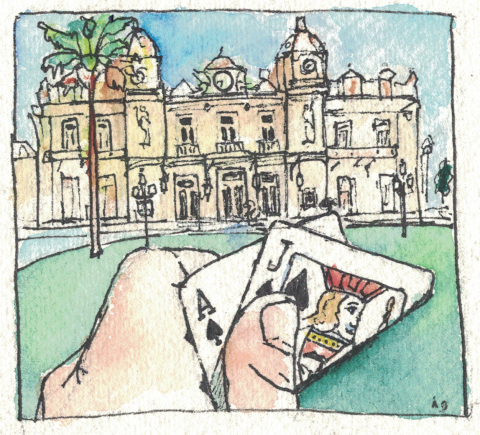 MC methods are used on episodic tasks where the model is not known (model-free). The algorithm learns the perfect policy from experience by averaging the sample returns at the end of each episode. Below, I’ve highlighted MC methods in my RL Algorithms diagram: 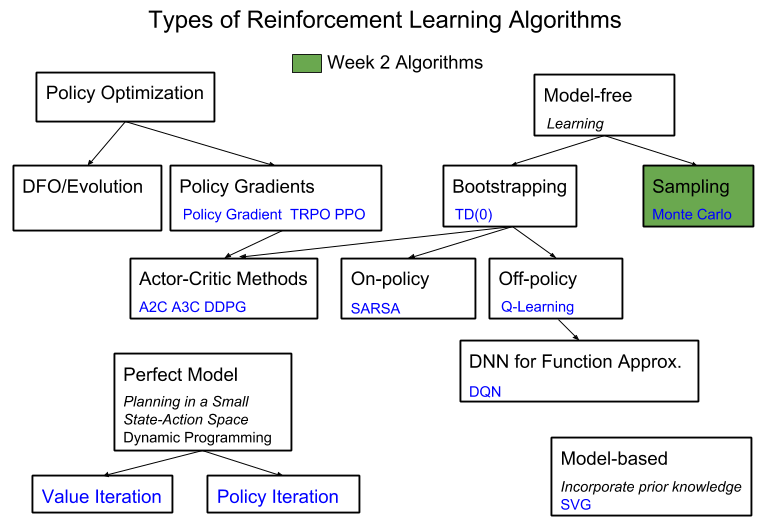 Last week, I worked with the FrozenLake environment, a “Perfect Model” where all the transition probabilities between states are defined. Alternatively, MC methods learn probability distributions by generating sample transitions over many episodes. A common toy game to test out MC methods is Blackjack.

MC methods work only on episodic RL tasks. These are tasks that will always terminate. The action-value function is updated at the end of each episode.

To play Blackjack, a player obtains cards that total as close to 21 without going over. Face cards (K, Q, J) are each worth ten points. An Ace can be counted as either 1 or 11 points. If 11, it’s considered a usable ace.

In OpenAI’s Gym a state in Blackjack has three variables: the sum of cards in the player’s hand, the card that the dealer is showing, and whether or not the player has a usable ace. The cards are dealt from an infinite deck. 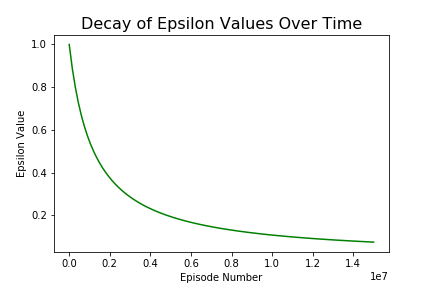 As an episode is played, all the states, actions, and rewards are appended to a list.

When the episode is complete, the expected return is calculated by summing all the rewards after a state has been observed in the episode. Then the action-value function is updated by taking the sum and dividing it by the number of appearances of that state. 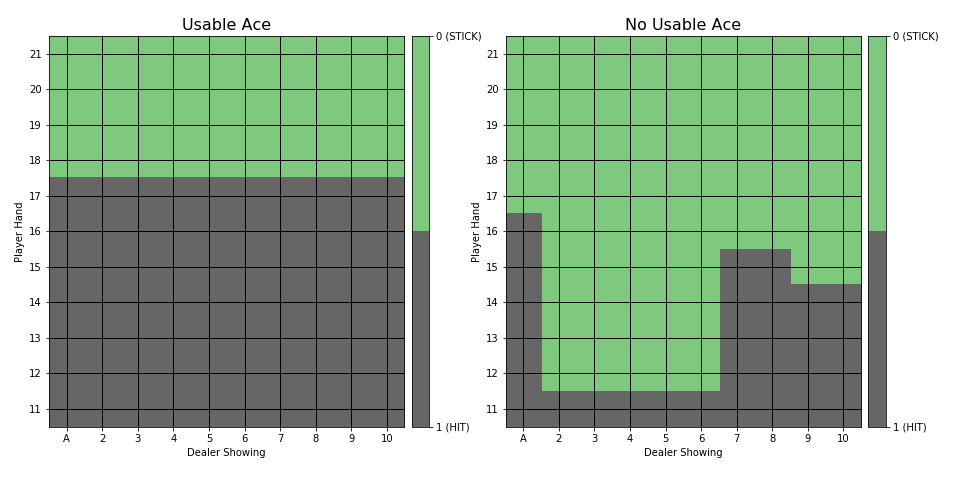 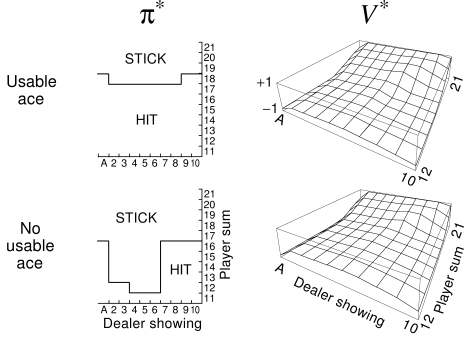 For this project, I created a BlackjackAgent class with the following methods:

The main function parses command line arguments, learns an optimal policy by playing multiple episodes, scores the policy, and plots the policy. Logging is currently done to the console.

For an example, I created a simple unit test to make sure the epsilon greedy probabilities were properly calculated. The python guide has more information on the different test packages in Python: http://docs.python-guide.org/en/latest/writing/tests/

I’ll be continuing my deep dive into RL with Policy Gradients and Mujoco.